It is reassuring to all of us that the infection numbers seem to be stabilising, along with the hospital admissions and death rate. Every death is a tragedy, but the consequences of continued lockdowns and restrictions on the economy would decimate people’s lives and businesses irreparably. We have however, entered a period of uncertainty, looking over our shoulders to see the effects that opening back up the economy has on the infection numbers etc., and also how people will react to being allowed back out into pubs and restaurants etc. without restrictions.

I have to say that, to date, the feedback from our customers has been very encouraging and we are getting back to the kind of volumes we were sending out at the same time of year in 2019, before the pandemic. Can you remember those day! Seems so long ago.

There has been concern for industry in general, not just hospitality, with the furlough scheme support now being reduced and subsequently scrapped at the end of September, that it will result in hundreds of thousands of viable jobs, throughout the country, being put at risk, as industry fights to get back on its feet;. A major industry body has gone so far as to state that it predicted that one in five businesses was planning to let staff go as a result of the changes to the Furlough Scheme. Hospitality is one of those industries specifically mentioned.

I have reassured our staff and wish to reassure our customers, that there are absolutely no plans along these lines being considered at Batemans.

We have planned well, we have taken difficult and painful decisions which have turned out to be the correct ones, when there was (and is) so much uncertainty. We have cut back when it has been considered necessary and everyone has worked hard and dedicated themselves to the task in hand. That task has been to ensure our survival, and the decisions taken, to help ensure that when the Furlough Scheme ends we will not be forced to lay people off. Those really painful decisions were made and carried out last July. If we had not made those decisions then, the picture would now be completely different.

During the pandemic, I have been spoken to and emailed all those who work at the Brewery at least once per week. I explained at the beginning (March 2019) that initially our plans were to involve three phases; ‘Survival’, ‘Revival’ and then subsequently, ‘Development’. I felt it was a big milestone when, last week, I was able to speak to all our staff or contact them by email to say that we were now coming out of ‘Survival’ mode and entering ‘Revival’ mode. I almost feel as if we have come out of the eye of a storm and are now just in very choppy waters.

So brewing is alive and kicking in Wainfleet!

Yes, our staff have been fantastic, but so have our loyal customer, so “thank you”.

No, I cannot say that everything is forever, as we are most certainly not out of this pandemic, or the havoc it has created. We don’t know what’s round the corner; no-one does, but if we continue to pull together, work hard and be flexible then we can quietly optimistic. 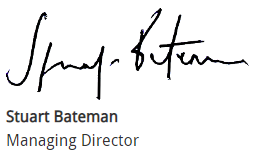