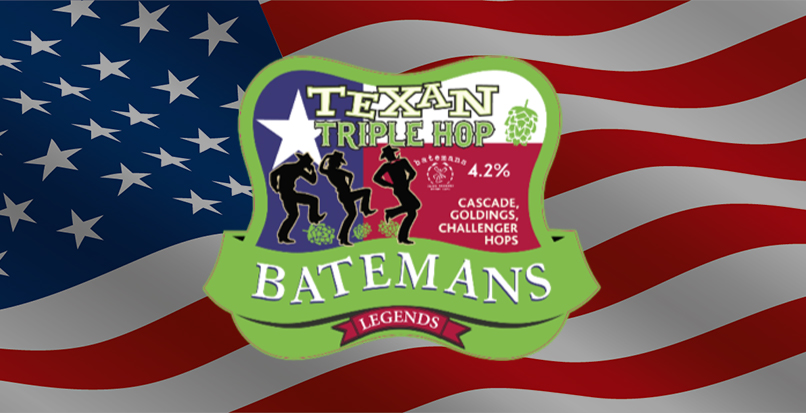 Three is the Magic Number with this classic American Pale Ale.

Triple hopped, triple fermented and brewed to mark the beginning of a year of celebrations around the Pilgrim Fathers. Our Texan Triple Hop American Pale Ale is the first in a line of twelve seasonal classics we’ll be treating Batemans lovers to in 2020.

Why Texan Triple Hop for January?

To answer that, and before we get to the beer, we need to look at the history.

2020 is actually the 400th anniversary of the Pilgrim Fathers landing in Plymouth Massachusetts.  Why’s that relevant to Batemans? Well, a group of the original Pilgrims actually attempted to start their journey to the new world from the small port of Fishtoft, just 15 minutes up the road from our Salem Bridge Brewery in Wainfleet.

On the strength of this ‘pilgrim departure’, the nearby town of Boston claims strong links to the expedition that essentially gave rise to the United States of America.  A reasonably big deal we’re sure you’ll agree and also the reason we’ll be producing a 400th anniversary brew of our popular Pilgrim Fathers IPA in September. Finally, it’s also why we’re kicking off the 400th year anniversary with our classic American Pale Ale, Texan Triple Hop.

Enough history, now to the beer!

At 4.2% Texan Triple Hop is one of our classic session ales, which as well as marking the start of the 400th year anniversary, also marks the start of a year in which the brewery will be focusing on its brewing roots. More on that in January.

So, there you have it, a historical anniversary and a historically great beer.  Triple hopped and triple fermented to give you a mouthful of hops, Texan Triple Hop will be available throughout January at your favourite Batemans pub and a selection of free trade outlets.