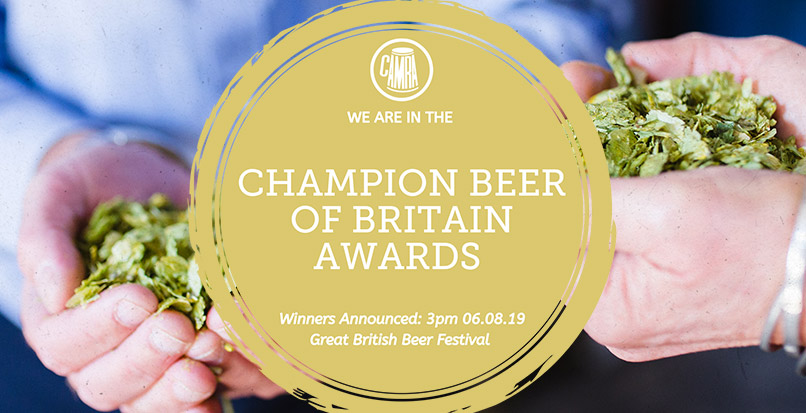 Batemans a finalist in the CAMRA Champion Beer of Britain Awards

We’re delighted to announce that we’ve been shortlisted as finalists in the CAMRA Champion Beer of Britain Awards. The awards are considered one of the most prestigious beer competitions in the world and take place every year at the Great British Beer Festival (GBBF) this year held in Olympia, London, with the winners being announced on 6th August.

What is the Champion Beer of Britain Award?
The competition spans real ales across all beer categories, from Mild and Bitter to Golden Ale and Strong Old Ales. Judging for the competition takes around a year, starting with individual nominations from CAMRA members and local and regional competitions.* To find out more about the awards and the Great British Beer Festival, visit the CAMRA website.

Rate our beers
Whilst we are unable to divulge which beers are in the running, we’d love to get the debate going on your thoughts on which of our beers you think are the best! Why not head over to our Facebook page and leave us a review on your favourite pint?

Better still, make sure to check in to our news page regularly where we hope to be able to announce which beers have been recognised in this year’s awards.