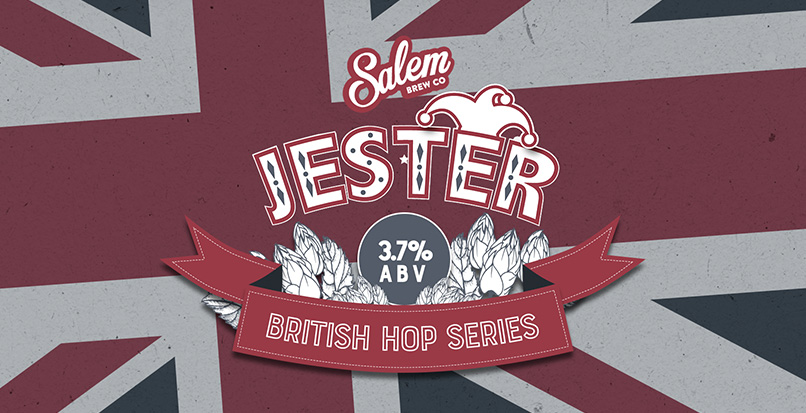 Jesters were traditionally known for their ability to entertain and to this day amuse captive audiences. However, we reckon Salem Brew Co’s next special, Jester – a single British hop variety beer – has the characteristics to tickle the fancy of your most ardent beer customers. A sessionable golden English Pale Ale, Jester is brewed with vibrant Jester British hops, which give hints of grapefruit and blackcurrant.

Take me to the beer tasting notes

Salem Brew Co beers have one thing in common; they are all innovative beers. As they are brewed in small batches, we can experiment with flavours to bring refreshing new beers to market, giving you and your customers something to muse over. Why not take a look at our video in which Managing Director, Stuart Bateman and Head Brewer, Scott, talk through the ethos and approach to this year’s Great British Hops series? Then be sure to place your orders (it’s a limited edition and only available in September) and get the banter going over this local joker.