I joined my family at the Brewery in 1987. All my years studying and training had led to this moment. I was so happy to be able to work alongside my sister Jaclyn and my mum and dad, Pat and George, and to help to keep our great family legacy alive.

I’d studied Business at St Pauls in Cheltenham and then completed a three-year Brewing and Business Foundation course at Mansfield Brewery. With that solid grounding, along with plenty of work experience at the Brewery under my belt, I felt prepared enough to take up the position of Assistant Managing Director.

As my dad explained, 1987 was an extremely important year for us. Although we had secured the Brewery’s independence, we had quite a bit of debt to cover after borrowing from the Midland Bank.

While Jaclyn set about whipping up wholesaler interest, I focused on recouping money by selling what pubs we could – those we felt weren’t going to cause too much upset amongst locals.

“Our Visitors Centre was officially declared open by the 617 Dambuster Squadron.

I also began reorganising the free-trade and tenanted trade divisions of the business. Our free-trade business, essentially the practice of selling our beer to independent pub owners was a major part of our strategy for growth, partly because we didn’t need to invest lots of money into it, which we didn’t have!

Also, to raise more money for investment, I renegotiated our major trading agreements with Whitbread, Ansell’s and Scottish Courage. Over the years we had committed to sell their beers in return for them giving us pubs. But these agreements were, by then, outdated and very one-sided.

Our free-trade arm was so successful that Carlsberg Tetley bought it from us for the same amount we’d had to borrow from the bank to retain our independence. That helped us square things up for a while. Thankfully though, we returned to the free-trade six years later and increased that part of the business by 30% more than what was sold to Carlsberg oh, and it’s not for sale!

With all that in hand, we were able to focus on national sales and supermarkets. People were really getting a taste for Batemans beer at pubs and homes all over the UK (beyond, even), and we were continually stoking that interest with new beers and fresh ideas.

“It was with great satisfaction that we abolished the antiquated ‘wet rent’ system along with much-maligned rent reviews.”

In 2002 I took over as Managing Director, ably supported by Jaclyn. It was during that year I designed the Visitors Centre and training facility, which are based in our beloved old windmill. We wanted to give people a real insight into our brewing heritage – not only through the beers but also through the lives of the fantastic Batemans characters behind them. 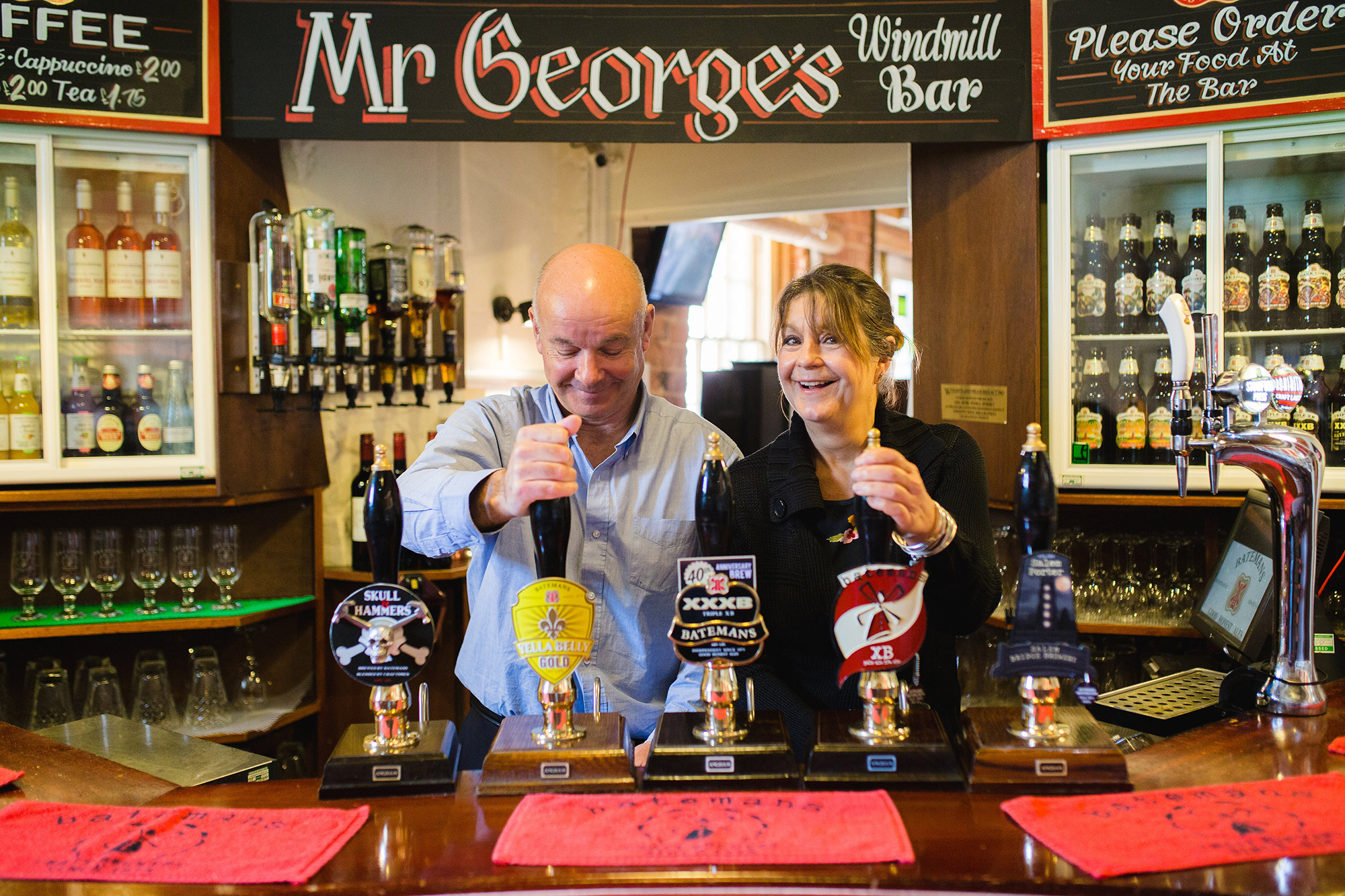 Alongside our Victorian brewhouse, with its gleaming copper and brass, we set up rooms (some with fully functioning bars, of course) in honour of family members and filled them brimful with artefacts dating back to 1899, plus a huge collection of beer bottles and vintage brewing posters (possibly one of the biggest in the UK).

The Centre was officially declared open by the 617 Dambuster Squadron. It was a momentous occasion.

In 2007 I began to rethink our tenanted pub division. It was with great satisfaction that we abolished the antiquated ‘wet rent’ system along with much-maligned rent reviews adopted by the rest of the industry. In their place, we introduced free-trade pricing and a code of practice – a first for any UK brewer.

The traditional industry rent model often meant that publicans were penalised by breweries for doing well – with rent going up (and sometimes through the roof) as business got better. On top of that, they had to pay much more for the beer than independent (free-trade) pub-owners.

This resulted in the industry having a reputation for tenants trying to side-step their agreement obligations, while the breweries did their utmost to police and enforce these obligations. In our book, that’s no way to form a good business partnership. I detested it. So I put together a new team and planned to transform the publican-brewery relationship.

For this work, we were awarded the prestigious Publican Award two years in a row. Receiving these accolades was a very proud moment for me and the whole Brewery team.

Alongside the development of our pubs, I then focused on Batemans becoming the leading wholesaler within Lincolnshire, Anglia and the East Midlands, resulting in tremendous increases in volumes and levels of service provided for our customers.

It’s no secret that brewers of our size, in recent years, have pulled back from many national contracts and focused on brewing beers for their local markets. We have also done this, and we’re starting to sell more beer than ever in our home county of Lincolnshire, as well as in the East Midlands, Yorkshire and Norfolk.

My wife Rachael (a source of constant support) and I have three children; Harri, Edward and Eliza who are all showing a keen interest in joining the family business at some stage in the future.

I’m sure they’ll follow mine and Jaclyn’s lead, to ensure the company carries on brewing great beer and running great pubs – independently – for the foreseeable future.

2020 started so well. We had just finished a successful financial year, with the company in position to pay every member of staff a bonus, for the first time in our history; the new budget had been completed which forecast record profits, and development plans were in place. Maybe there’s something in the expression “God laughs at those who plan”, because no-one saw what was just round the corner!

In January and February there was talk of a virus coming out of China and by the end of March, the country was in complete lockdown and pubs were ordered to close, along with most of the economy, not only in the UK, but around the world!

From early March, planning commenced and was broken down into 3 phases ‘Survival’, ‘Revival’ and ‘Development’. I gathered all members of staff together in the Brewery car park and talked them through planning our way through the pandemic, but in the meantime, most staff would have to return home and isolate. The emphasis was on ‘pulling together’. Everyone had a part to play, be it by continuing to work, or by being part of the government’s furlough scheme, which supported those who could no longer go to work and would have to wait at home, hoping for a positive outcome.

One of the first things we had to decide upon was what to do with our own beer stock. We gave much of it to a local distillery, where it was made into sanitising gel for the NHS. We also looked at what market there would be over the forthcoming months. Our on-line shop offer was upgraded and ‘click and collect’ and a selection of home beer packs introduced, the most popular being ‘Pub in a Box’. We also introduced take home containers for cask beer and 5 litre mini kegs for home consumption. Remaining stock in the cellars was given away to staff and Beer Club members, who were invited to the Brewery on consecutive Saturdays, to fill their own containers. There were some very interesting containers, from tea pots to old petrol cans! Jackie also arranged a free food collection at the Old Chequers for staff and Beer Club members.

The Brewery was kept ticking over by seven members of staff who remained, and the company will forever be in their debt.

Pubs had to close and arrangements made to sanitize their beer lines and decommission our brewing plant and equipment. Probably the most difficult task was to uplift the draught beer stock from pub cellars so that credit could be issued to customers, in order to give them a reasonable chance of survival, once pubs opened again.

Fortunately, the government arranged certain grants for pubs, cheap loans and business rates relief. All in an effort to try and see them through the closure period and help them get re-established when they reopened. We immediately deferred all of the pubs’ rents to zero, before introducing a 90% concession, reducing to a 40% concession in October, after the pubs had been re-opened on July 4th. The government introduced further support by reducing VAT down to 5% (but not on beer!) and an initiative called ‘Eat Out to Help Out’ which incentivised customers to eat at a pub during August, on a Monday, Tuesday or Wednesday.

One of the biggest problems we had when it was announced that pubs could open again, was that we were only given a few days’ notice and as the yeast had been dormant for 3 months, we needed to start again with a fresh yeast culture and build it up to be able to do commercial brew volumes, which took a number of weeks. For the first few weeks we brewed a beer called ‘Revival’ which was very popular, which gave us the chance to flavour match it to XB. This took about four brews.

Trade built up over the subsequent few weeks and with nearly all of our pubs re-opened and the tourist resorts on the coast being very busy, due to people not being able to holiday abroad, trade returned to just short of 90% of the same period the previous year.

But the storm clouds are gathering. With local lockdowns, a second wave and more restrictive regulations being introduced, we are planning for the future and taking steps to ensure our survival. Unfortunately this has meant some redundancies and the mothballing of the Visitors Centre, but the morale around the Brewery is still good and everyone is ‘pulling together’. 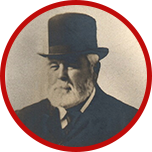 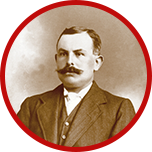 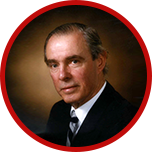 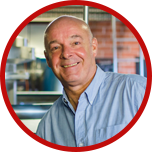